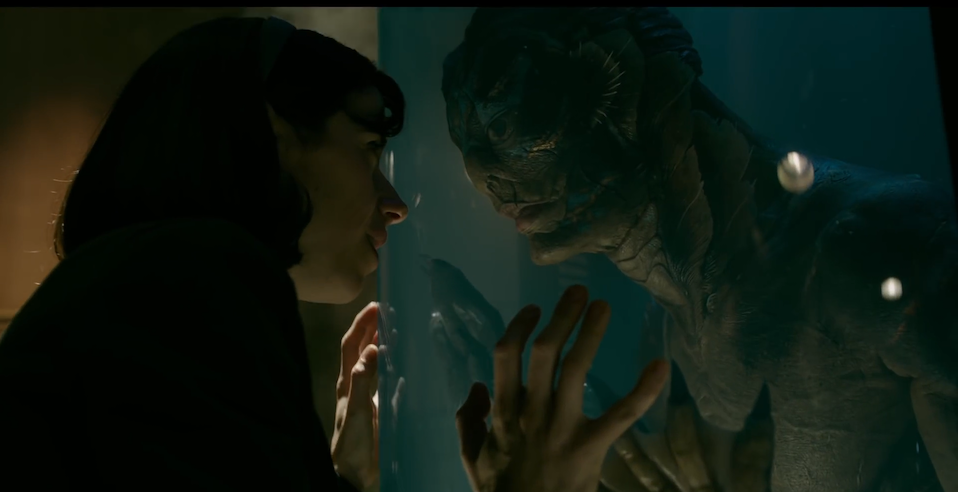 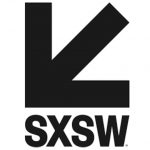 SXSW exhibiting artists also join the numerous speakers, sessions, and events across the full SXSW program. The art showcase features innovation, diversity, and creativity in visual and media arts. Organizations and participants doing special events to spotlight conceptual and new media art at SXSW include Meow Wolf, Artprize, and the Contemporary Austin. In particular, This year, SXSW unveils the UNESCO Media Arts Exhibition highlighting Austin’s designation as the only UNESCO Media Arts City in the US, in collaboration with the City of Austin’s Cultural Arts Division. Hosted March 12-13 as the official art program of the Cities Summit at SXSW, the showcase comprises a mini-exhibition of media art installations and a companion panel discussion highlighting the global initiatives of the UNESCO (United Nations Educational, Scientific and Cultural Organization) Creative Cities Network. 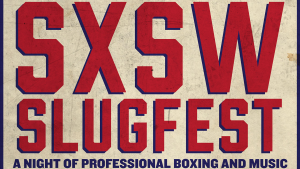 Somewhat novel for the level of technology and innovation event that SXSW has come to be known for, the first time ever, SXSW will host a night of professional boxing and music on March 17 at Austin City Limits Live at the Moody Theatre. SXSW and Underwood Promotions will present SXSW SLUGFEST featuring the following boxers affiliated with the NABF, WBC and WBB. The boxing events will also include live performances from up and coming musical talent consistent with what has been showcased at SXSW over the years..

This year’s music festival will take place March 12-18 and audiences can enjoy a variety of musical styles at SXSW. To preview the 1000+ acts slated for SXSW 2018, stream their Spotify Playlists, surf the YouTube Music Video playlist, and/or tune into SXSWfm.
Musically, SXSWfm streams online 24/7 and plays all kinds of music from all over the globe. Anyone can tune in weekly for the SXSW specialty show, This Week @ SXSW, which features some recently announced artists that will be showcased at SXSW 2018. Another show, SXSWfm Spotlight Show, features tracks from some of our favorite Latin artists who will be performing at the 2018 SXSW Music Festival. The playlist includes artists like Derian, El Freaky, MNKYBSNSS, 1982 (Diecinueve Ochenta y dos) and others. Music showcases are curated by record labels, booking agencies, management, and PR firms, export offices, publishers, media outlets, lifestyle brands, festivals, drawing on a pool of artists looking for exposure and a way to reach new audiences.

Presently, virtual reality and augmented reality technologies are finding new ways to enhance an ability to perceive the world. At SXSW 2018, visitors can see some of the leaders of the industry speak on how they are integrating VR with their art forms. On March 13, the session Making It Real: Tangible Worlds of Storytelling, features Vince Kadlubek, Co-Founder and CEO of Meow Wolf, Delaney Martin, Co-Founder and Artistic Director of New Orleans Airlift, Ted Schilowitz, Futurist for Paramount Pictures and Brandon Oldenburg, the Chief Creative Officer of Flight School, speaking on how they are using virtual reality today. Other VR/AR session highlights will include: How VR/AR/MR Changes Aviation and Space Operations, Brave New World: The Future of Theatre and Tech, Making it Real: Tangible Worlds of Storytelling.

This year, SXSW holds its 19th annual SXSW Interactive Innovation Awards on March 15, emceed by comic, actress, writer and life-hacker Brooke Van Poppelen, along with special guest Julian Velard. The SXSW Interactive Innovation Awards celebrates inspiring and creative innovations in the connected world. This event is open to all SXSW Interactive, Gold and Platinum badge holders. The Showcase offers the badge holders a first look at new tech developments, including achievements in digital design, health technology, privacy and security, 3D printing, virtual and augmented reality. Then, there is a chance to place their votes for the People’s Choice Award. 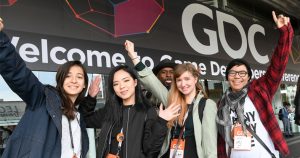 Since Gaming is about fun, fun can also mean parties and other participatory activities and interactive areas to take part in. Attendees are able to mingle with industry brass at events and parties throughout the week, including the GDC Educators Summit Mixer, GDC Mobile Summit Mixer, VRDC@GDC Mixer, and Xbox Lobby Lounge. And at planned interactive spaces, attendees can relax, play games, and meet new people in themed areas for indie games, board games, alternative controllers, retro games, and more. At least two award ceremonies are held on March 21: the IGF Awards Ceremony, and the Games Developers Choice Awards. The First Annual GDC Film Festival will be screened showing documentaries, world premieres and a selection of work-in-progress presentations. Divided up into three themed days, March 19 is an International Spotlight with opening night gala screening of the premiere of Heting Chen’s Indie Games In China. March 20 is the Webseries Spotlight featuring the premiere of a feature-length version of The Checkpoints series and a work-in-progress screening from Area 5’s Outerlands. March 21 is the Arcade Spotlight, with the closing night gala presentation, the premiere of Josh Tsui’s Insert Coin: Inside Midway’s 90’s Revolution.

China Content Broadcasting Network in Beijing features a combination of an exhibition with technical and business conferences. The Keynote Speech Conference and the CCBN-Broadcasting Development Forum (CCBN-BDF) allow industry leaders to offer guidance of the latest trends and showcase cutting-edge broadcast technologies. It is a primary platform for SAPPRFT to announce their latest industry policy decisions and development strategies. SAPPRFT leadership will give a keynote address, and then the senior leadership figures from Chinese and international enterprises will give platform speeches. The convention’s lead organizer, the State Administration of Press, Publication, Radio, Film and Television (SAPPRFT), is in charge of Chinese newspaper-periodical publishing, radio, film and television. Its primary responsibility is the formulation of policy and the management of ministerial-level units. The Academy of Broadcasting Science (ABS), a division of SAPPRFT, is China’s highest research institution in the broadcast arena. ABS plays a leading role in developing policy and in making strategic technology decisions and is the main base for both R&D and personnel training in the Chinese broadcasting sector. 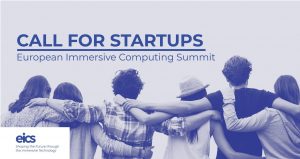 European Summit on Immersive Computing (#EICS) programs two days of conferences on XR technologies, innovation and creativity. Venice has long been a source of inspiration for authors, playwrights, poets, printing and publishing, and is certainly renowned for its rich and diverse architectural style, the most prominent of which is the Gothic style combining the use of the Gothic lancet arch with Byzantine and Moorish influences. But it was also a major center of art and developed a unique style known as the Venetian School, especially during the Middle Ages, the Renaissance and Baroque periods. EICS Summit in 2018 is the inaugural event of what will henceforth be an annual reference point in the XR industry, illustrating this recent technology frontier and its application area, and where participants can develop technical competences.

Other outstanding features of the EICS Summit will include EICS Ventures, a networking facilitator with meeting rooms assigned to companies to show their products and be part of a great chance to meet companies and professionals working on new technologies and marked by a strongly innovative mind. Next, EICS Club offers a twist of networking and learning, where each EICS attendee will have a unique opportunity to be inspired and shaken by a personal 15 minutes talk with companies and professionals that interest him. Through EICS Startups, EICS is looking for startups working in the Immersive Technology field to let them introduce themselves during the event and show what they do. Hyper Reality Lab, Uqido srl specializing in multi-sensorial experiences, is the organizer of EICS 2018. European Summit on Immersive Computing concludes its two-day summit with a cocktail reception.

WonderCon was started in 1987 in Oakland, California, as “The Wonderful World of Comics Convention.” The original show included all the classic comics convention features: an Exhibit Hall with dealers selling old and new comics and other items, programming, anime screenings, and games. From 2002, San Diego Comic Convention — the corporate name of the non-profit organization behind Comic-Con International: San Diego — became the new custodian of WonderCon (#WCA2018) brand. Comic-Con International took over the show and moved it from Oakland to downtown San Francisco in 2003. WonderCon was forced to move to Anaheim in 2012, due to construction at its San Francisco home, the Moscone Center. Since 2012, the event — now called Comic-Con International Presents WonderCon Anaheim — has been held in southern California, and will happen over the entire weekend starting March 23. There will, of course, be the 2018 WonderCon Anaheim Masquerade on March 24 for originally crafted costumes where each entry is allotted their own time on stage, and a giant high-definition video screen and multiple cameras are used to display great close-up views to the audience. Another strongly anticipated show feature, WonderCon will conduct a portfolio review, and interested individuals should check the website for further details.

WonderCon is comparably a sister show to Comic-Con International, embracing all the main aspects of that show, including comics, movies, TV, animation, the Masquerade, and more. In 2018, a new aspect to the show is the Gaming Creator Connection, an opportunity for game developers, at all levels, to receive advice, insights, and mentoring from seasoned veterans of the game industry. Organized and run by professional game developers including a former executive director of the International Game Developers Association (IGDA), the GCC is a way to get expert guidance in one of three core areas: Art/Design – artists of all kinds (general, character, environment, UI, etc.); Narrative – writers, narrative designers, editors, world builders, etc.; Business – a range of topics pertaining to indie startups, funding, marketing, pitching skills, etc. Application information can be sent to programs@comic-con.org for individuals who would like to participate in the GCC. Also new for this year is the Game Pitch Review. Participants will have the opportunity to pitch a game for three minutes and then receive constructive criticism on how it went.

The above events are only a sample of what is fully listed. Complete details are on the “Calendar of Global Media and Showbiz Industry Social Networking Events” page. If you like this report and other content found on The Actor’s Checklist, like the Facebook page at this link. In this month’s photo placement (starting at the very top), Guillermo del Toro’s, The Shape of Water, won the top prize for Best Picture at the 2018 Academy Awards. Next, SXSW in Austin, Game Developer Conference in San Francisco, EICS in Venice, Italy, WonderCon 2018 in Anaheim. With March ushering in the spring season nearing and warmer temperatures close at hand, here are dates to know about that will be coming in April. VR&AR Fair 2018 is in Guangzhou, annual NAB Show returns to Las Vegas, Coachella Music Festival happens over two weekends in Indio, Billboard Latin Music Conference and Awards is in Las Vegas, MIPTV will be in Cannes, Musikmesse will be in Frankfurt, HotDocs International Documentary Festival opens in Toronto, the National Association of Theatre Owners CinemaCon convention comes to Las Vegas.