The Key West Songwriters Festival will be launched with the support and participation of music rights organization, BMI, as a sponsor and program presenter in tandem with the Florida Restaurant and Lodging Association. Proceeds from the festival will benefit the BMI Foundation. The Festival is celebrating its 21st year and since 1997 BMI has been a presenting sponsor of the festival. The festival revolves around five days and nights where live music bliss introduces crowds to the faces, voices and stories behind the songs. The 2016 Key West Songwriters Festival kick-off party features the Rhett Akins Band and Claire Finley and Friends, with Hiram Garzaro, Rick Fusco and Matt Backer. It is a free show and no tickets are required.

On the various Key West stages, expect performances from noted artists such as: Love & Theft, Even Stevens, Emily Shackleton, Rhett Akins, The Morrison Brothers, Ashley Gearing, Calynn Green, Redhead Express, Kim Paige, Kree Harrison, Hi Fi Lonesome Sound, Jameson Rodgers, Katie Shorr, DJ Hish, Natalie Hemby and so many others. There will be more than 50 shows during the five-day event at various venues, including Theatre Shows at San Carlos Institute, Tropic Cinema, and the revived Key West Theater and Sunset Sail Shows on Fury Water Adventures, right through till May 8.

Streaming Media, which conducts summits on both east and west coasts, is dedicated to the business, technology, and content of online video. Streaming Media East 2016 will cover the innovation and change in the digital media, entertainment, and online video industry when it has a three-day run New York City through May 11. Attendees can learn from online video experts, try out new products on the expo floor, and network with peers. Planned sessions will administer advice and new strategies for moving a digital business forward. The May 10 Welcome and Opening Keynote will be presented by Serge Kassardjian, Global Head of Android/Play Media Apps and Android TV Content Partnerships, Google. And on May 11, Nina Mishkin, Content Planning and Strategy East at Twitter, will detail the process by which brands use Twitter video to go beyond buying impressions and into leveraging Twitter’s live connection to culture.

The Content Delivery Summit within Streaming Media is a one-day conference on May 9 for those who are designing, building and deploying Content Delivery Network (CDN) platforms used for delivering nearly all of the content consumed on the Internet today. It brings together carriers, telcos, ISPs, and premium content owners for an overview of the technology and platforms being used to deliver and accelerate web content. Issues to be addressed will range from: CDN Federation Models, Last Mile Video Delivery, Licensed/Managed CDN, Cloud and CDN Business Models, Managing OTT Video Quality and other areas for exploration.

Streaming Media East 2016 will present over 100 speakers in more than 40 sessions, in-depth workshops, how-to technical sessions, case studies, panel discussions and more. There are opportunities to get hands-on with video devices and platforms at the Streaming Devices Pavilion. And visitors will get access to companies demonstrating cutting-edge technologies in the Expo — getting a detailed look at the technology and platforms being used to deliver and accelerate web content at a co-located event, Content Delivery Summit. The customary networking reception will be held at the end of the day on May 10 in the exhibit hall.

Reminiscent at least geographically of BANFF Festival set in Calgary, along the Canadian Rockies, Nordic Media Festival in Bergen is located on the west coast of Norway and surrounded by seven mountains. Nordic Media Festival offers an extensive program focused on challenges the industry is facing, best practice and current media trends. The opening ceremony and reception will be a program conducted in Norwegian. Following the ceremony, the reception party switches over at the festival bar, Rick’s, to continue the evening.

At the NMD conference segment, the program will introduce a new track focusing on advertisement technology, NMD AdTech. The track will run parallel with other sessions at the Nordic Media Festival on May 12. NMD AdTech will shed light on and debate the opportunities and pitfalls in an evolving advertising market. The track will look at both programmatic and adblock, as well as the larger picture – the digital transformation the media is undergoing and the implications it has on the revenue side – impacting the battle for the users, readers and profits.

In addition to the NMD conference, workshops and evening events, there will be a program of projects for high-school students: NMF UNG gives youth an opportunity to increase their media literacy and gain access to the industry. The festival concludes in the prestigious Gullruten TV Award Show, on May 13. The annual award show is the Norwegian equivalent to North America’s Emmy´s that honors the TV industry. An After Party follows and ends the festivities. 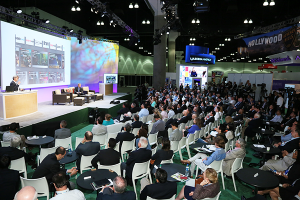 d well regarded global organization, TED, hosts a special session on May 17 on the power of disruption to spark both ideas and growth.

The Imagine Park at INTX, the live events stage located right on the INTX Marketplace floor, presents ideas for advancing state of the art possibilities for Internet and television network innovation. Tony Werner, CTO of Comcast, returns this year as co-chair of Imagine Park with Leslie Ellis, President of Ellis Edits Inc. and Technology Columnist for Multichannel News. At the Park, moderators host a series of short, energized stage events each INTX day, for a live studio audience and for the thousands watching the streams available online. INTX has partnered with Bostinno, Massachusetts Technology Collaborative, and Massachusetts Production Coalition to conduct the Lobstah Tank competition where early stage companies present ideas for a new product or service in a broad range of categories present to an audience of judges, media, entertainment and communications executives.

Dynamic and very interactive showcases are planned for the 2016 INTX. A Disrupted Reality Showcase will give visitors an opportunity to strap on a headset, interact with a dashboard and become surrounded with a 360-degree glimpse of media’s future. At the It’s All TV Showcase, visitors can learn about the array of user-controlled choices for finding, enjoying and interacting with video content. At this INTX Showcase, visitors can learn about some of the inventive players in television that are leveraging the growing appeal of apps to create modern, compelling, media experiences that work across a variety of screens and environments. And at the Watch TV Now Gallery, attendees can view top-tier shows, movies, events and news on 100 TV Everywhere apps, displayed on Samsung’s immersive Galaxy View tablets, an exhibition supported by CTAM, NCTA and Samsung.

NCTA is the principal trade association for the U.S. cable industry, representing cable operators that deliver advanced digital services to consumers and businesses throughout urban and rural America, and more than 200 cable program networks that produce TV’s popular shows. The U.S. cable industry is the largest provider of high-speed Internet access, serving more than 59 million customers, after investing heavily since 1996 to build robust fiber optic networks that reach 93 percent of American homes. The cable industry supports 2.7 million American jobs and there are at least 300 cable employees in every congressional district. The Distinguished Vanguard Awards for Leadership, that recognizes the best and the brightest in the cable and telecommunications industry, will be held May 18 the date the Expo closes. 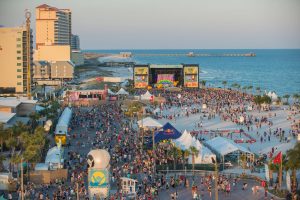 As the countdown to Hangout Music Festival 2016 in Gulf Shores draws closer, five free concerts are planned at the Soul Kitchen in Mobile and The Hangout in Gulf Shores. Festival goers have the opportunity to vote on which Reach for the Beach finalist fans would like to see get onto the Hangout stage during the festival at each show. This year’s Malibu Beach House lineup features Hippie Sabotage, Speaker of the House, Jack Novak and Jerry Folk. Also this year, as an added feature, the festival will introduce the Axs TV stage. In the daily musical lineups which run the weekend of May 20-22, expect to hear from the likes of: Lil Dicky, Moon Taxi, Seratones, Alabama Shakes, The Griswolds, Alison Wonderland, Muddy Magnolias, Calvin Harris, Ellie Goulding, 3LAU, Lenny Kravitz, Florence + The Machine, The Wailers, Panici At The Disco, Courtney Barnett and so many others. 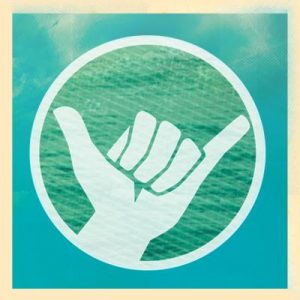 The Hangout has collaborated with 92ZEW in Mobile for the annual “Reach for the Beach” contest. To enter, submit the band info to 92ZEW for consideration. Six finalists are selected and each will play an opening set for a national recording artist during the “Countdown to Hangout Fest” concert series held in Mobile. Each week, finalists will be awarded scores based on a point system with the final score being a combination of points received from the official judges as well as those given by the audience from each “Countdown to Hangout Fest” show. A winner will be selected based on final scores for the opportunity to play the 2016 Hangout Music Festival. The competition is open to independent, unsigned musicians in Alabama, as well as to artists in other Gulf states Mississippi and Florida if they are within a hundred mile radius of Gulf Shores. Entries for this year’s Festival are now closed.

The Panorama Show Audiovisual 2016 is focused on Latin American Audiovisual Production and Broadcast technologies, showcasing products in the category of products and services like internet and streaming, telecommunications, satellite, broadcast, cable associated with this sector etc. in the Media and Advertising industry. Programming over the three days beginning May 31 features exhibitions and conferences dedicated to the professional development, debate on technology and business promotion. Key themes for this Sao Paulo exposition are solutions for production and distribution of audio and video on TV, film, new media, advertising, animation and games. Central themes for the convention will revolve around: integrating audio, video and light, acoustics and intelligibility, PA systems and sound, musical performance production, mixing and recording, microphone selection and configuration, live stream implementation, switcher and robotics, process automation for events, lighting solutions, projection and video processing, social media integration, applied digital signage, electronic security, mixing and recording. Panorama Show Audiovisual is expected to gather in a varied audience of practitioners in technical teams and design, music and sound recording, audio and video operators, anyone concerned with audio, video, and lighting in temples and places of worship.

The above events are only a sample of what is fully listed. Complete details are on the “Media, Entertainment and Performing Arts Industry News and Events” page. If you like this report and other content found on The Actor’s Checklist, please consider liking the Facebook page at this link. This month’s photo placement upcoming release in North America of  Marvel Studios potential blockbuster, Captain America: Civil War (Top photo), in addition to photos of Nordic Media Festival, INTX Internet and TV Expo, in Boston, and Hangout Music Fest in Gulf Shores.. If the photos do not appear in this post please visit the blog page to view them. And here are some of the upcoming international industry events that may interest you: annual Cine Gear Expo opens in Hollywood, Manhattan Edit workshop’s one-day Sight, Sound and Story: Post-Production One-Day Summit will be in New York City, the Next TV Summit and Expo will be in San Francisco, the Seventh Annual New Media Film Festival comes to Los Angeles, the annual Banff World Media Festival is in Calgary, Variety will conduct the Tune In! TV Summit in Beverly Hills, a 3D and Virtual Reality Expo will be conducted from Tokyo.