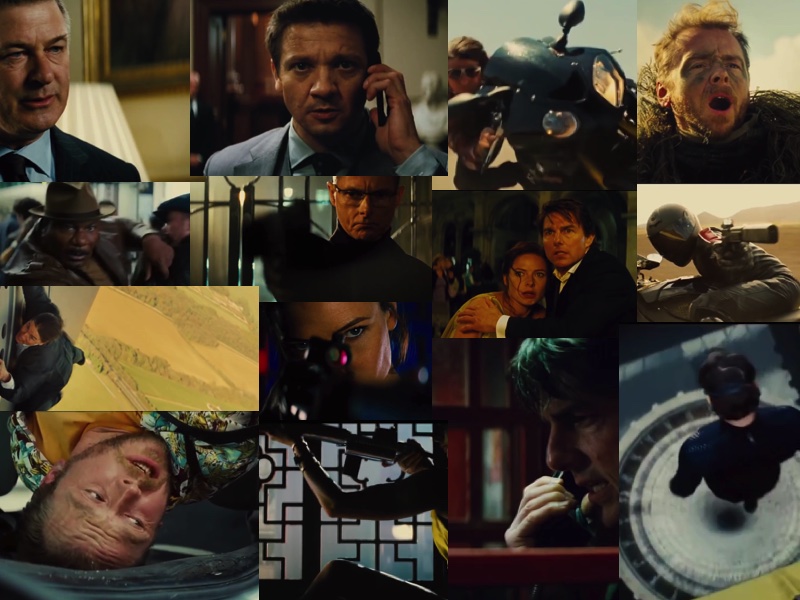 Geographically located at the multi-cultural crossroads of three European regions, (Italy, Germany and France), Locarno makes a suitable staging area for new films from all around the world. These international credentials play strongly within Locarno’s festival programming. For industry professionals Locarno is an opportunity in the global festival calendar, from August 5-15, to take part in an industry meeting-place, to unveil the new arrivals from a scrutinized selection of world premières, to take the pulse of new trends, and explore new stories coming to life in contemporary cinema. Then, there are a number of useful film industry sessions that are planned for the Locarno International Film Festival program. Here are some of the significant event areas following next.

Step In, in its fourth year, is an interdisciplinary exchange platform in which international professionals discuss and develop new, promising strategies for distribution, exhibition and sales of film projects. First Look showcases each year a number of films in post-production by emerging talents from a different country in Asia, Africa, Latin America or South-East Europe. This year’s First Look is dedicated to Israel. Industry Days are organized in collaboration with festival partners, Europa International, Europa Distribution, Europa Cinemas and FERA as well as with the associate Festival Scope. The Open Doors Co-production Lab initiative aims to assist its selected participants to find completion support for their projects by offering training and pairing them with potential co-production partners, supported by Swiss Agency for Development and Cooperation (SDC).

Working closely with the Open Doors as well as with the Artistic Direction, the Industry Office aims to build bridges between the different sections and initiatives of the festival. The mission of the Industry Office of the Festival del film Locarno is to facilitate networking among world film industry professionals attending the event. The Industry Office was set up to support producers and agents presenting films at the Festival by connecting them with sales and distribution professionals. As a means of promoting and encouraging contacts between industry attendees, the 63rd Festival saw the introduction of Industry Days which seeks to play an active role in the support of auteur films.

Whether launching a new project or extending and optimizing existing services and initiatives, the goal of Locarno’s Industry Office is to support sales agents, distributors, producers and exhibitors in their respective tasks ranging from the conception to the release of independent art-house cinema. Scheduled this year for August 8-10, Industry Days will present a program of Industry Screenings (including films made available at the Digital Library) and different initiatives and events. During Industry Days (August 8–10) the Industry Office organizes Industry Screenings to support and encourage film sales. Only films selected for one of the competitions or the Piazza Grande are eligible and access to Industry Screenings is reserved to those with an industry accreditation.

TheGameCon™ is a gaming convention — set within the tropically inclined climate of Galveston Island, Texas — that the entire families can take part in. Two days of activities that begin on August 8 include sessions on Game Development, Family Oriented Gaming, Social Media HowTo, Player versus Player (PVP) competitions, a large game arcade, Minecraft™ Building Contests, exhibitors, musical entertainment and more. Winners from each area receive valuable prizes. Autograph sessions and casual interactions with notable social media personalities are noteworthy features of this event. It is worthwhile to note that Galveston alone has a rich history and is worthy of exploration while at TheGameCon™.

TheGameCon™ will feature several Gaming Contests, including, a Minecraft™ Building Contest, a Gaming Arcade, Console Island, a Big Screen Viewing room, a lounge with bean bag chairs, autograph sessions, The Parent Zone, Table Top Gaming area, exhibitors, merchandise, Help Desk and a General Session Area with sound and lighting setup. Requested fan art will be featured, submitted tweets, and documented experiences at the convention, projected on the big screens during opening ceremonies for all to see.

TheGameCon™ will host informative sessions and forums on information about: Video Production How To, Building a Social Network, Gaming for Charity, Starting Game Development, Running a successful YouTube channel, Gaming and family values and more. About 50 miles southeast of Houston and within the Galveston city limits, Galveston Island is a barrier island on the Texas Gulf Coast, 32 miles long and two-and-a-half miles wide. There are beaches, family attractions, historic architecture, outdoor adventure, shopping, dining and cruising.

HollyShorts Film Festival in Hollywood is an organization devoted to showcasing short films from around the globe, advancing the careers of filmmakers through screenings, networking events, and diverse panels and forums. The HollyShorts Film festival showcases the top short films produced 30 minutes or less. The Opening Night After Party, featuring DJ AmRo, will be held at OHM. Nightly networking events and parties continue on a nightly basis, including an Awards Ceremony and Closing Night Party. Indie film producer One Big Mop’s production of “I’ll Be Home Soon” is in the Official Selection for HollyShorts Film Festival 2015. Filmmakers looking to make a submission to the organization’s ongoing monthly screenings, follow the link at: www.withoutabox.com/login/12899

HollyShorts Informative panel sessions form a substantial segment of the festival program. Here is a partial listing of conference panels produced by Method Studios in chronological sequence: 11th Annual HollyShorts Film Festival Panel Conference, August 14. “Begging, Borrowing, and Bartering, the Secrets to Producing on a Micro-Budget,” August 15. Narrative Challenges In The New VR and Spherical Worlds, August 15. Continuing Your Creativity Into Feature Films – How to Make a Successful Transition, August 16. Film Funding from the Pros, August 16. Film Festival Directors reveal – What does it really take to get your movie into the fest?, August 16. Forging a Future for Female Filmmakers: How to Collaborate, Cross Promote and Build a Community, August 18. Finding Your Audience: Optimizing for Digital Distribution presented by Daily Motion, August 19. Making Money by Going Direct to Your Audience: 2015 and beyond presented by Zype, August 20. The festival closes August 22.

The Sarajevo Film Festival is an international film festival with a special focus on the region of South-East Europe (Albania, Armenia, Austria, Azerbaijan, Bosnia and Herzegovina, Bulgaria, Croatia, Cyprus, Greece, Georgia, Hungary, Kosovo, Macedonia, Malta, Moldova, Montenegro, Romania, Serbia, Slovenia, Turkey), revealing the films, talent and future projects from the region. In a territory of more than 140 million inhabitants, Sarajevo Film Festival serves as a common platform for film businesses from all over the region, helping set standards in festival organization, film promotion and presentation in South-East Europe. The festival’s credentials are bolstered by its regional programming, an international film industry segment, an educational and networking platform for young filmmakers, film authors and media representatives alongside a patron audience, and ceremonial tributes attended by some of the global industry’s renowned talents.

Running August 14-22, the Sarajevo Film Festival program will be broken down into at least 17 sections. The “In Focus” program is a selection from established filmmakers to debutants that are not competing for Sarajevo Film Festival’s awards. ”Kinoscope” screens selections from around the globe, both narrative and documentary, excluding the territories which compose the festival’s competition strand. “Operation Kino,” sponsored by MEDIA Mundus, Transilvania, Sofia, Istanbul and Sarajevo Film Festival, focuses on accessing wider audiences for theatrical distribution and presenting over the course of the year a part of their programming to audiences in other towns in their countries. “Laško Summer Nights” programming happens outdoors under the starry night sky, with a complete range of Laško products and a planned picnic. The TeenArena Program, “TeenAction” offers teenagers from Bosnia and Herzegovina the chance for creative expression by making short films on a topic close to their age. By participating in the TeenAction competition, teenagers have the opportunity to win one of the sponsors’ awards and within the TeenAction Meets Punk Cinema program show their creations to the TeenArena audience during the Festival.

Special festival tributes include an Honorary Heart of Sarajevo Award given to Academy Award®-winning actor Benicio Del Toro for his contribution to the art of film. The actor will present Fernando León de Aranoa’s drama “A Perfect Day,” in which he has a starring role and which recently premiered in Directors’ Fortnight at the 68th Cannes Film Festival. The film will be screened as a part of the Open Air Program where Del Toro will be present to receive the award. Furthermore, he will also hold a master class for the participants of Talents Sarajevo, a networking and training platform for emerging film professionals from Southeast Europe and Southern Caucasus founded in 2007. And in another festival ceremony, Sarajevo Film Festival will pay tribute to Philippine director Brillante Mendoza, whose career in media began in advertising as a production designer, and was age 45 when he first directed a feature film.

On the evening of August 24 Event Production Forum hosts the official Welcome Party for invited guests. Notable highlights for this 2015 Event Production Forum Mexico. At the start of the official conference open will be a breakfast for the Conference Hosted Buyers set for August 25. A planned lunch break related to the OCV Activation Yucatan event will feature tasting of Yucatecan snacks and beverages of the region. Other program highlights include Turning Back Stage Service, a Puebla gastronomic show: Sampling of traditional poblano dishes, signing autographs and taking pictures with Gustavo Munguia and Tony Balardi, also featuring DJ Agave on turntables. The events final day, August 27, will be dedicated to Inician FAM Trips with departures from the City from Mexico.

From Los Angeles, GRAMMY-winning composer, producer, arranger and guitarist Nile Rodgers will be saluted as 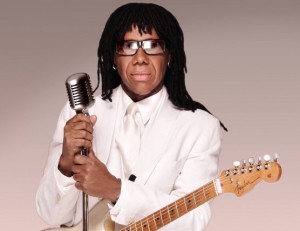 a BMI Icon at the 2015 BMI R&B/Hip-Hop Awards ceremony set for August 28. This invitation-only event will also honor the world’s premier songwriters, producers and publishers of the most-performed r&b/hip-hop songs of the previous year, and R&B/Hip-Hop Songwriter, Producer, Publisher of the Year and Social Star award winner. According to BMI Atlanta Chapter, Vice President, Writer-Publisher Relations, Catherine Brewton, “The BMI Icon Award is given to an individual for their ability to connect people through song and defy musical expectations.” Rodgers, a leader of the band CHIC and perennial hit maker, was selected as this year’s BMI Icon recipient for his catalog and defining influence on popular music.

The BMI R&B/Hip-Hop Awards will also celebrate the songwriters, producers and publishers of the most-performed R&B/Hip-Hop songs of the past year, as well as the crowning of the R&B/Hip-Hop Songwriter, Producer, Publisher of the Year and Social Star award winner. BMI President and CEO Mike O’Neill and Vice President, Writer/Publisher Relations, Atlanta, Catherine Brewton will share the evening’s hosting duties. Operating on a non-profit organization, BMI was founded in 1939 by forward-thinkers who wanted to represent songwriters in emerging genres like jazz, blues and country, and protect and see them compensated for the public performances of their music.

The above events are only a sample of what is fully listed. Complete details are on the “Media, Entertainment and Performing Arts Industry News and Events” page. If you like this report and other content found on The Actor’s Checklist, please consider liking the Facebook page at this link. This month’s photo placement displays Mission Impossible: Rogue Nation, which had an opening week North American box office of $56 million, the Locarno International Film Festival, also, GRAMMY-winning composer, producer, arranger and guitarist Nile Rodgers who will be saluted as a BMI Icon on August 28. If the photos do not appear in this post please visit the blog page to view it. Looking ahead into the next month, heading into the slower summer period, be aware that: comic and sci-fi convention, Metacon 2015, opens in Minneapolis, The Storyteller’s Festival & Conference, a.k.a. Portland Film Festival comes to Portland, The 42nd Telluride Film Festival opens in Telluride, Kiev Media Week opens in Kiev, the 72nd Venice International Film Festival opens on Venice Lido, Americana Music Festival and Conference is in Nashville, Showbiz Entertainment Arts Expo will be in Johannesburg, Long Beach Indie Film Media and Music Conference and Expo comes to Long Beach.