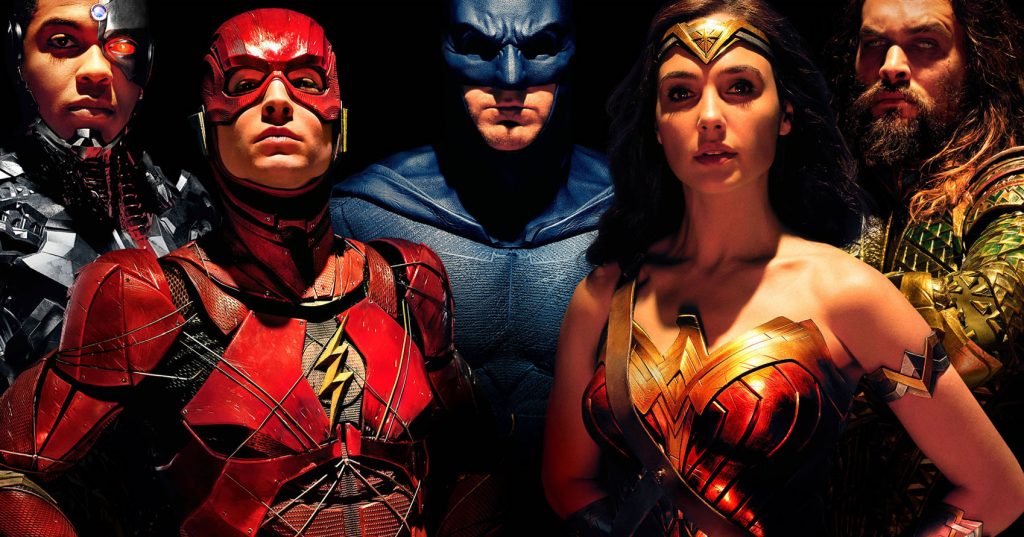 For the #DMWF conference tracks, this is a sampling of topics covered in the Social, Influencer and Advertising track: Expanding organic social traffic in a world of paid advertising; The Snowball Effect: The power of the micro-influencer; Building long lasting influencer relationships, managing and measuring success; Bringing human connection back to digital marketing; Understanding the challenges of marketing to Generation Z; Exploring the impact of social media on digital diplomacy. Here is a sampling of topics covered in the Content Data and Disruption track: Storytelling that doesn’t suck: Beyond content marketing; Content Marketing Masterclass – creating experiences that stand out in a crowded marketplace; The role of content in brand attachment; One screen, two screens, no screens: the end of marketing as we know it; Bringing your campaigns to life through dynamic content and engagement on digital platforms; Video, the present and future king – effective storytelling in a crowded marketplace; The Future of Digital Marketing Technologies; Virtual Reality, Augmented Reality and Artificial Intelligence. 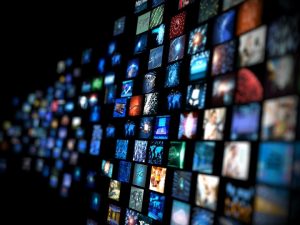 The AfricaCom 20/20 portion of the convention will host the 20th-anniversary celebrations slated for November 7, serving complimentary drinks in an atmosphere focused on networking and connecting. AfricaCom 20/20 is a new show floor feature dedicated to accelerating Africa’s digital transformation. It is considered the centerpiece of the Technology Arena. The Technology Arena, a new exhibition hall at AfricaCom, will hold everything from IoT to Fintech. The Technology Arena will play host to the new AfricaCom 20/20 show floor feature – the AHUB, the Innovation Stage and TV Connect Africa. It will display insights on future tech trends as a showcase of new digital products. AfricaCom will feature Afest, a customizable networking opportunity where attendees can meet leading players in the African TMT industry and do business in a relaxed atmosphere.

AfricaCom’s AHUB program is arranged to demonstrate and spotlight the role of entrepreneurship in fuelling Africa’s digital economy and connect African tech start-ups and scale-ups to investors. The program will include briefings directed to start-ups and investors as well as live pitch sessions, new AHUB Start-Up Academy skills workshops, sector snapshots covering FinTech, digital health, agri-tech, clean energy and ICT4D, and panel discussions with topics that range from figuring investor mentalities to acquiring disruptive practices. The Telecoms and Tech Academy, part of KNect365 learning, is a learning provider to the industry. Together with AfricaCom and designed specifically for the event, the Telecoms and Tech Academy has created a series of learning programs. 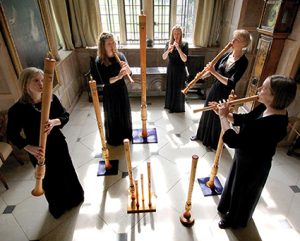 On the final festival day, November 11, Joglaresa explores the roots of Iberian song – motets from the Convent of Las Huelgas, Arab-Andalusian ballads and Judeo-Spanish romanzas, in a program titled, “The Enchantress of Seville,” and the Thomas Tallis Society choir, which takes its name from the 16th C composer who worked at the Greenwich Royal Court, performs a program of “Claudio Monteverdi; Vespers of 1610,” conducted by Eamonn Dougan to conclude the festival program. The festival’s Biennial Solo Recorder Competition is organized by the Society of Recorder Players and Moeck, the Society of Recorder Players. It was started to encourage young players of talent, and to help them in their professional aspirations. Competitors must show that they are able to sustain a full recital program at a professional level. The Solo Recorder Competition is international and entries are welcomed from recorder players that are up to a certain standard and who are under thirty years of age on November 1 in the year of the Competition. Top Prize includes a recital at the Greenwich International Festival of Early Music combined with a Cash Prizes, presented at the recital, donated by Moeck and Early Music Shop.

The Royal Greenwich International Early Music Festival and Exhibition are organized by The Early Music Shop, The Early Music Shop in London and Saltaire-West Yorkshire, is an early music instrument specialist. Formerly part of Woods Music Shop in Bradford, it is a source of medieval, renaissance and baroque musical instruments that are sold. The assortment includes recorders, viols, lutes, harps, crumhorns, harpsichords, spinets, shawms, hurdy-gurdies, rebecs, medieval fiddles, re-enactment percussion, sheet music, CDs, and accessories. In addition to instruments, The Early Music Shop carries a huge range of sheet music for all abilities and styles, from early music to popular, ABRSM examination syllabus, music for schools, songbooks, films and shows and tuition books.

Exploring the limits of AR/VR in entertainment and other industries by bringing together selected, talented individuals, to form multidisciplinary teams that will build creative and original applications is the focus for Creating Reality Hackathon. Designers, developers, and domain experts from AR/VR communities in Los Angeles and beyond are part of the collaboration in the development competition to create innovative and insightful AR/VR apps that will be demonstrated to the judges and the general public at the end of the competition. The hackathon is modeled after Reality Virtually Hackathon sponsored by the MIT Media Lab but with LA creative categories. Participants will have the chance to meet and network with like-minded developers, industry experts, and talented peers in the emerging AR/VR field.

The Creating Reality Hackathon, hosted by the Fox Innovation Lab (Twentieth Century Fox’s research and development center), will promote innovations in new entertainment categories as well as other categories defined by the AR/VR community and sponsors. The competition hopes to nudge the boundaries of the technological advancements over the last year and inspire the creation of original and novel apps by forming competing groups. From November 10 the Hackathon will cover four days of workshops, developing projects, and a day-long conference presenting the future of AR/VR. Workshops will be held on day one, but before the Hackathon starts, to bring participants up to speed with development platforms, specifics about headset platforms, software tools, and design. This will help designers and developers learn what they need to contribute to their teams’ development project.

An immediate goal of the Hackathon is to expose people to new ideas, allow them to meet and work with new people, and engage in new design activity within AR, VR and MR environments. Preliminary categories that are open to fill submissions are news content, innovative entertainment, AI and Machine Learning, live sports, content production, and AR/VR for good. But this brief orientation will conclude by early evening and the Hackathon will begin after team formation and conclude on the morning of the final day. Newly created teams will work together to create something that’s never been seen before. Judging and awards conclude the Hackathon. The Creating Reality Hackathon is produced by Grassroots Developer Education, Inc., the same team who brought you the Reality, Virtually, Hackathon!

INNOVATE is Variety’s newest Summit focusing on the entertainment industry’s cutting-edge and evolving technologies. Industry figures will gather in Beverly Hills for one day on November 29 to explore how AI, advancing analytics and VR/AR/360 technology are advancing marketing, storytelling creation, content curation, audience engagement/measurement and other areas. The main agenda program presentations will be as follows: The State of the Immersive Entertainment Experience, ABC/Disney and the TV Genome Project, Analytics – Power Player in the OTT Experience, They Blinded Me with Science! NextGen Storytellers, In the Lab: AI and Machine Learning for Media Industry, What the Hack!?! Securing Content in the Digital Age, Branded Entertainment Data Presentation, VR/AR/360, and the Brand Engagement Opportunity, Trendsetters in Multiplatform Marketing, Leslie Moonves, CEO and Chairman, CBS Corporation, will deliver the primary keynote address of the summit. Expect a speakers list that will include (but is not limited to), Dan Schiebler, Twitter; Elizabeth Frank, AMC Entertainment; Ted Schilowitz, Paramount Pictures; Maureen Fan, Baobob Studios; Kelly Uphoff, Netflix; Dantley Davis, Facebook; Josh Feldman, NBCUniversal; Karen Dufilho, Google; Julie DeTraglia, Hulu. 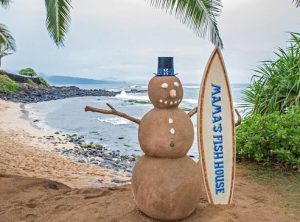 The third annual BMI Maui Songwriters Festival which will have activities in Kahului, as well as other Hawaiian islands, is an event benefiting charitable organizations, including the Maui Arts and Cultural Center, the Dorvin and Betty Leis Charities, Inc., and the BMI Foundation. They are organizations dedicated to encouraging the creation, performance, and study of music through awards, scholarships, grants, and commissions. Intimate in-the-round acoustic concerts are held at island venues where the performing songwriters share not only songs but the stories behind them.

The above events are only a sample of what is fully listed. Complete details are on the “Calendar of Global Media and Showbiz Industry Social Networking Events” page. If you like this report and other content found on The Actor’s Checklist, like the Facebook page at this link. India/France fusion band, Trinaad is set to unveil a new album. Visit their page for more details. In this month’s photo placement, JUSTICE LEAGUE (top photo), opens mid-November in North America, directed by Zack Snyder and with an ensemble cast that includes Gal Gadot, Jeremy Irons, Ben Affleck, and Willem Dafoe. Next, AfricaCom broadcast convention in Capetown, FontanellaZ at Royal Greenwich Early Music, Maui Songwriters Festival. With December now here and the end of year holidays that come at this time, the events calendar takes a bit of a dip. Still, there are events happening around the globe that are worthy of notice. Children’s Global Media Summit 2017 comes to Manchester, InfoComm MEA VR AR Pavilion is in Dubai, the International Theater Expo (THEATEX) will be in Koto, Cracker Storytelling Festival is in Homeland Heritage Park, VRX 2017 (with a theme grounded in VR’s business growth and cultural immersion) comes to San Francisco, Stuttgart Electronic Music Festival is in Stuttgart for one day, VRARA Toronto Chapter: VR/AR Redefining the Theme Park Experience and Redefining Art opens in Toronto. 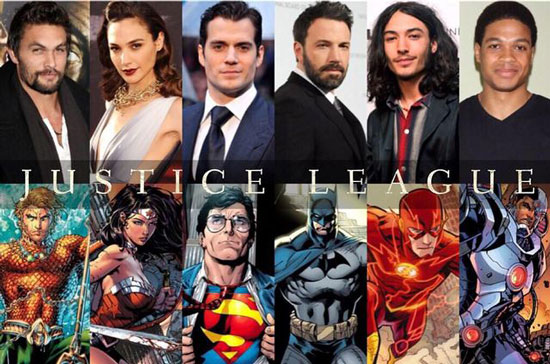