Warning: count(): Parameter must be an array or an object that implements Countable in /home/cftech70/public_html/actorschecklist/plugins/system/gantry/gantry.php on line 406
 singer
... ...

iDreamMachine is Casting a feature, that is part of Zeke Zelker’s transmedia experience Billboard an Uncommon Contest for Common People!. Bands should submit their music to become a part of the station's play list. Do not use anything already produced by anyone else that will infringe upon someone's copyright whether it be music, video, pictures, etc. The movie is about Casey who inherited a struggling radio station, WTYT 960. To bring the station out of the ratings basement, he devises a plan to host a billboard-sitting contest, where four lucky people will live on a catwalk, eight feet wide by forty feet long, in front of a billboard to win a mobile home and “nine-sixty” thousand dollars. Obviously this is a comedy with some dramatic elements. It’s a cross between Napoleon Dynamite and Hands on a Hard Body. What makes this project so unique is Zeke’s approach to telling the story, by creating a story world. The project is underway in the form of a virtual radio station, WTYT960.com, where over 320 bands have submitted their music to become a part of the station’s play list. We’re seeking SAG and non-SAG actors. We’ll be producing the project under the SAG New Media and Low Budget agreements, with a no favored nations clause. The reason for two different agreements is that we’re creating in uncharted territory, using various medias to tell the story and we want to employ a blend of established and undiscovered talent. Apply to: Naomi Burley, Email: This email address is being protected from spambots. You need JavaScript enabled to view it., Web: http://www.wtyt960.com

Ivan Kane (creator-owner) is seeking musicians for new editions of Forty Deuce and Royal Jelly, two long-running burlesque shows. The shows will perform at a new resort on a private beach in Atlantic City. Auditions will be held for the following positions: Guitar, must be able to play rhythm and lead guitar in the 70s-80s-90s style; Drums, must be able to play Rock in the 70s-80s-90s style as well as have a background in Jazz drumming; Bass, must be able to play electric bass in a Rock style and upright bass in a Jazz style; Sax, focused primarily in Jazz but also able to play in a 70s and 80s Rock style. All musicians should be aware this is an ongoing show in a nightclub that runs indefinitely, and not just a gig. Year long local hire contract a possibility. Audition dates are: January 6 in Philadelphia, January 7 in Atlantic City. Show opens March 15, 2012. Musicians should be familiar with classic bands such as Aerosmith and Led Zepplin, andd also versed in classic jazz and know the difference between styles. Send a detailed description of your experience, age, a link to something you have played (on video preferred) and a picture. Email: This email address is being protected from spambots. You need JavaScript enabled to view it.. Web: HTTP://FORTYDEUCE.COM/VIDEO-PROMO.HTML

Davenport Theatrical Enterprises (NYC) has issued a call for photos and resumes for selection of audition appointments for Garage Band, Ken Davenport, Director. Casting is handled by Daryl Eisenberg, CSA. NYC auditions will be held on January 11-13, 2012 by appointment only. The story: When recently-turned 40 year old Mitch Shapiro loses his job as an investment banker, he is forced to do the unthinkable and move back in with his mom in New Jersey. And when his Mom suddenly faces foreclosure, Mitch realizes he has no other choice but to “put the band back together” and face his arch-nemesis in a rematch of their infamous battle of the bands from 20 years ago.
SEEKING:
Mitch (male, 40). Musician turned investment banker. Returns home to live with his mom and get his high school band, Juggernaut, back together. Looking forward to his “do-over”.
Bart (male, 40). Mitch’s best friend, Jack Black-like side kick. High school math teacher, although he sucks at math. Played in Juggernaut.
Sharon (female, 60s). 62 going on 29. Mitch’s mom. Full of life, jogs every morning, goes to Pilates every afternoon. Might have been an Aerosmith groupie before she became an NJ mom.
Dani (female, 40). Mitch’s high school sweetheart. Never left town. Unaware of her own strength. Single mom.
Gordon (male, 60s). Owner of the music store Gordon’s Music. Never grew out of his hippie days. Blind.
Tygen (male, 40). Owns all the real estate in Sayreville, NJ, thanks to the money his dad left him before getting carted off to jail. Douchebag with a capital D. 20-years-running champion of the town’s Battle of the Bands, and don’t you forget it. Lead singer of the band Mouthfeel.
Ritchie (male, 40). Tygen’s Loyal sidekick. Very “Jersey”. Proud of his brown belt in Tiger Schulmann’s Karate. Plays in the band Mouthfeel.
Sully (male, 40) Police officer, but not a good one. Sweet. Naïve. Played in Juggernaut.
Roxy (female, 30s). Police officer and Sully’s partner. Pretty and no-nonsense. Producers are especially interested in seeing performers of all ethnicities for this role.
Robbie (East Indian male, 40). Dermatologist, just like his Dad. Played in Juggernaut.
Ricky (male, 16). Jewish. Dresses like a rapper. Talks like a rapper. Newest band member of Juggernaut.
Billie (female, 16). Dani’s daughter. Going through a goth phase. A budding feminist.
Tawney (female, 32). Just moved to New Jersey. Owns a small chain of sunless UV-Free tanning stores. Loves Indian food.
Ensemble (M/F): Characters are 30-60. Ensemble members play a variety of featured characters as citizens of New Jersey. Must be strong pop-rock singers.
Note: All actors must be excellent pop/rock singers. Ability to play instrument a plus. For consideration, email or mail picture and resume to: This email address is being protected from spambots. You need JavaScript enabled to view it. 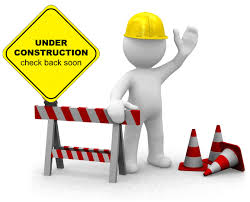 This is a placeholder page for the audio gallery. It will be eventually spun-off as a separate site. Here are some potential names for the new site: We will be rolling out a very special kind of feature for this section of the site. Planning is not finalized as of now (and might never be, actually) but essentially you will be able to post your favorite and unique audio (yes, sound) blurbs for others to listen to. And if you're a band, vocal musician, rapper or cutting edge sound designer, your submission will be tied to profile and/or upcoming event information that you will be able to post for the public to know about. So keep checking back. We think this one is going to be a dandy! 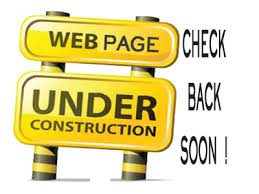